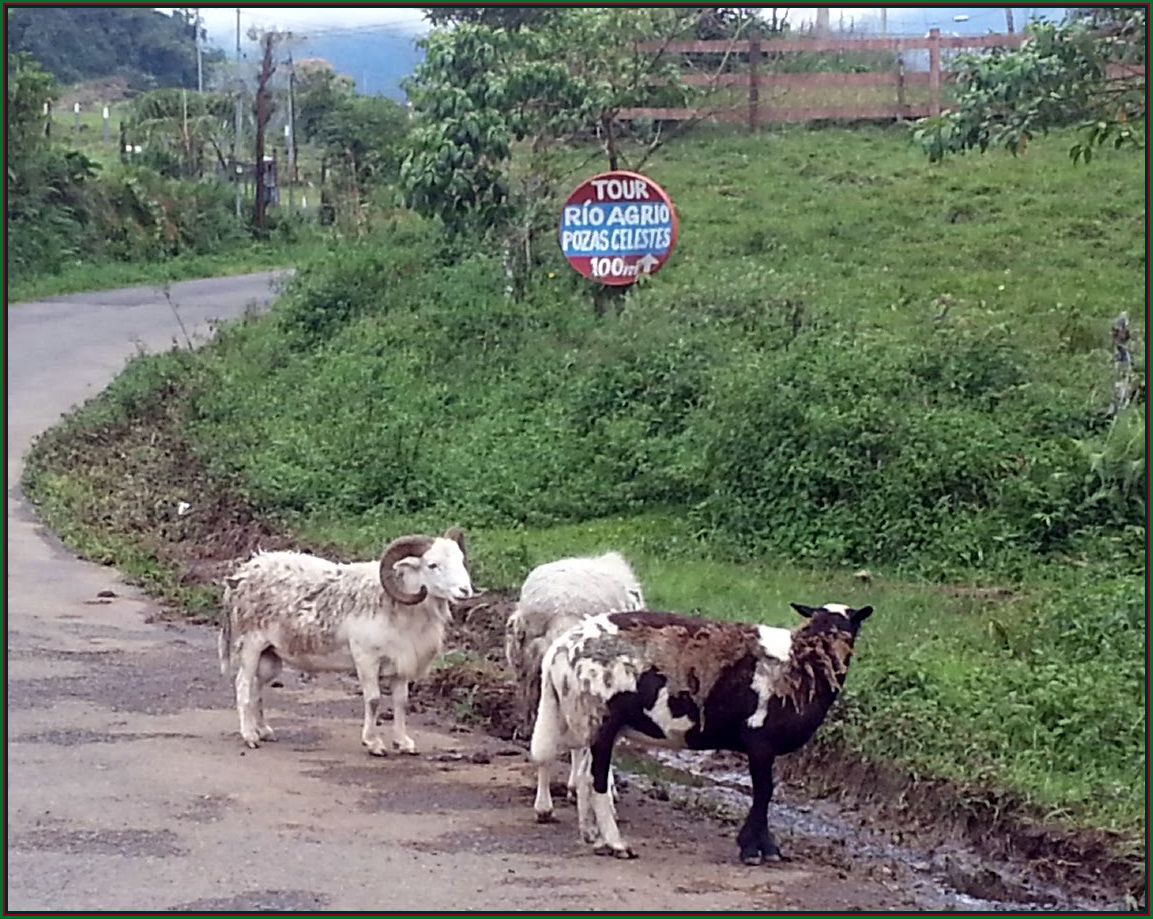 As I have mentioned before, taking a route in a new direction gives you a whole new perspective with new vistas.  Obviously! 🙂 This morning I rode down to Rio Cuarto (via Vara Blanca) to Bajos del Toro, then up to Sarchi.

Yes, even though it looked like rain, I headed to Bajos because I did not want to ride to Ciudad Quesada and Zarcero. I wanted something new and quicker. 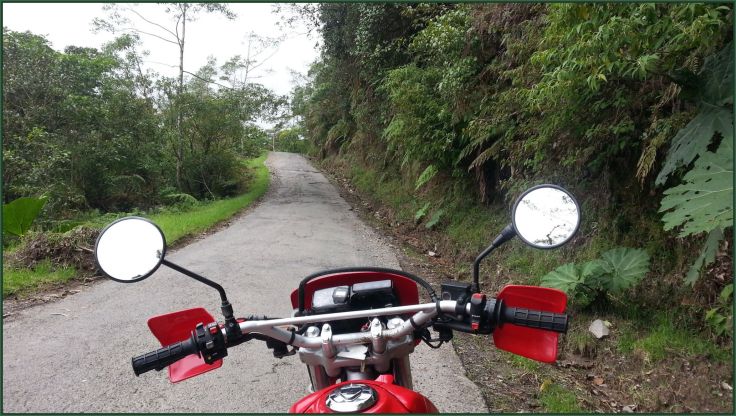 I did not linger in Bajos del Toro.

I decided to take the alternate route UP, which is not as steep as the new road, just to check it out with more care.

I like this route because it is intense! Wild, forgotten. Rugged in parts, but not too challenging. 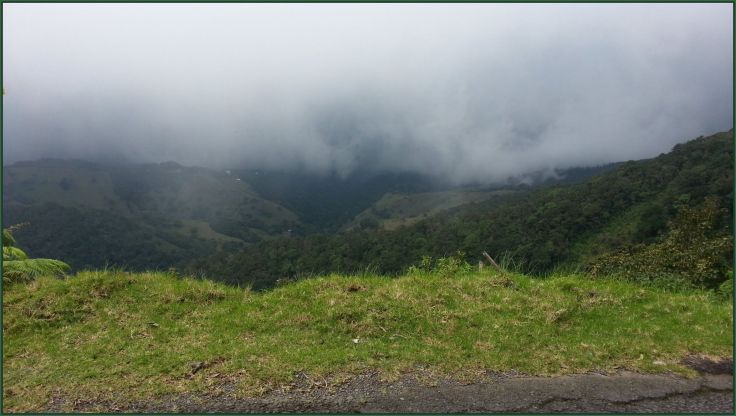 And, yes, I did hit rain on the way down and most of the way home. Between Alajuela and Santa Barbara, the roads turned to rivers, as is common in Costa Rica with heavy downpours because the drainage system cannot handle the amount of water.

BUT, my town and mountain was sunny when I got home! An unusual occurrence. 🙂

In this Facebook Album you get a sense of Bajos del Toro town.